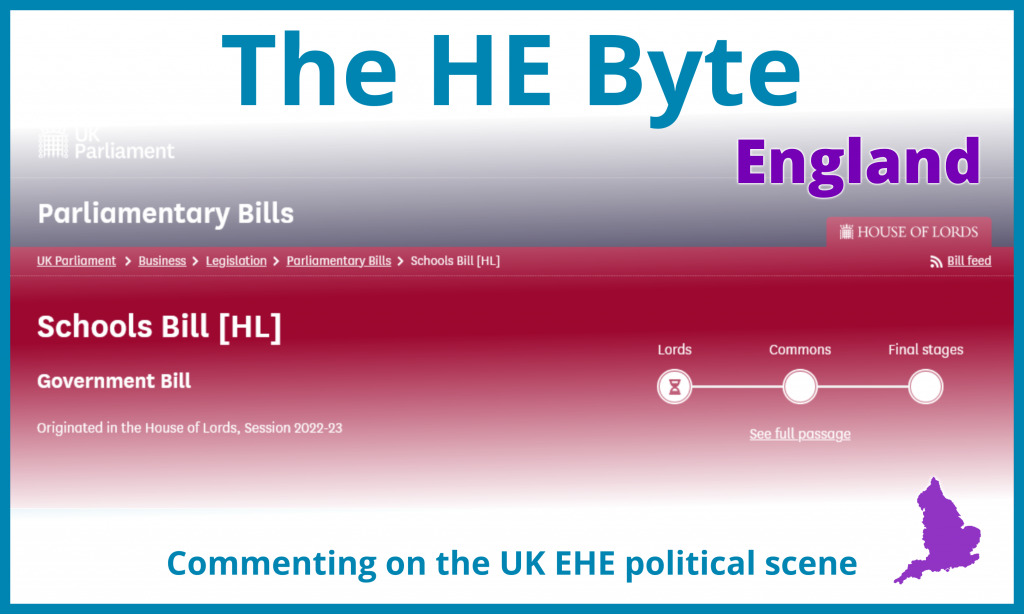 This page is being updated as the Bill progresses through Parliament: most recent revision – 1 November

Trying to keep track of what is happening?

Unlike Parliament’s own website, links to all the relevant documents are displayed in a single list. The “Timeline of Bill Documents and Stages” list is ordered with the most recent publication at the top. Above that is a “Latest Key documents” list, which saves searching for the more important ones.

Various information is available via the ‘Publications ‘, ‘News‘ & ‘Stages‘ tabs, but this information is more readily accessible on the Parallel Parliament website cited above.

Current progress of the Bill

The best place to track the progress of the Bill, including amendments, is via the Parallel Parliament website referred to above.

The second and final sitting in this stage is planned for Monday 18 July. Only those amendments submitted by the Minister were agreed to by Peers.

The next stage is the Third reading. This was provisionally timetabled for Tue 20 July, the day before both Houses rose for the Summer recess. Then on 15 July, it was rescheduled for 14 September. On 7 September, the day after Liz Truss was appointed as the new Prime Minister, and Kit Malthouse Secretary of State for Education, the Bill was deleted from the Order Paper for 14 September, and at the time of writing no alternative date has been proposed.

Whilst reports and rumours increased under Truss’s premiership – see this Byte for the details – the Bill was not formally abandoned. It remains unclear at this stage if the Bill will be withdrawn under Prime Minister Sunak. However, the mood music around Westminster and Whitehall is that it will be easier for it to be laid to rest and a new Education Bill brought forward in spring 2023. The DfE has already signalled that it intends to include the CNiS registers and measures to force educational settings which do not meet the threshold for a school to register.

Ii looks increasingly unlikely that a Third reading will be given to the Bill, however should one occur, such debates are commonly held on a single day, following which the motion is agreed. If this happens in this instance, the Bill will almost certainly be passed over to the Commons later that day or the following one. That action will immediately result in the Bill receiving a First reading in the Commons. The Institute for Government’s guide to Bills states that at a Commons First reading, “The short title of the bill is read out in the Chamber. No debate takes place and no amendments can be tabled.”

Information for home educating families contacting their Member of Parliament

These are tools for you to use to do your own work on understanding and tracking the Bill’s progress. They cover the sections listed below, not the whole Bill. If time allows we will keep each of them updated as more amendments are added at each stage.

Flow charts of a Bill’s progress through both Houses

If you want a more detailed explanation of the different stages of Government Bills in both Houses and how these differ, we highly recommend the Institute for Government’s Explainer “How are bills amended by Parliament?” For example it clarifies why all but the Government’s own amendments were either withdrawn or not moved in the Committee stage, “Amendments are routinely tabled, but rarely pushed to a vote at committee stage.” The reason for this is given in the Report stage section of the table on that page, “Any amendment can be made so long as it has not already been defeated during committee stage.” Thus withdrawing them allows the proposer more time to gather support for their amendment to be carried at a later date.

Helpful publications from others

It is impossible to list every item written by members of the various EHE organisations, communities and their supporters, so here is a very small selection which we hope you will find helpful.

During the Second reading debate Baroness Meacher stated, “No doubt we have all had a briefing from Taunton Home Education asking us to oppose Parts 3 and 4. I have to say that I do not believe that these parts have anything really to do with Taunton Home Education, or indeed any other upstanding educational organisation.”
This is not the place to rebut Meacher’s misguided faith. We are pleased however that Taunton Home Education have given us permission to post their briefing here:

Helpful analysis of each stage of the Bills progress through Parliament – most recent item at the bottom of the list.

A god place for information on the data protection aspects of the Bill.

This page will be updated as the Bill progresses through both Houses.

This website uses cookies to improve your experience while you navigate through the website. Out of these, the cookies that are categorized as necessary are stored on your browser as they are essential for the working of basic functionalities of the website. We also use third-party cookies that help us analyze and understand how you use this website. These cookies will be stored in your browser only with your consent. You also have the option to opt-out of these cookies. But opting out of some of these cookies may affect your browsing experience.
Necessary Always Enabled
Necessary cookies are absolutely essential for the website to function properly. These cookies ensure basic functionalities and security features of the website, anonymously.
Functional
Functional cookies help to perform certain functionalities like sharing the content of the website on social media platforms, collect feedbacks, and other third-party features.
Performance
Performance cookies are used to understand and analyze the key performance indexes of the website which helps in delivering a better user experience for the visitors.
Analytics
Analytical cookies are used to understand how visitors interact with the website. These cookies help provide information on metrics the number of visitors, bounce rate, traffic source, etc.
Advertisement
Advertisement cookies are used to provide visitors with relevant ads and marketing campaigns. These cookies track visitors across websites and collect information to provide customized ads.
Others
Other uncategorized cookies are those that are being analyzed and have not been classified into a category as yet.
SAVE & ACCEPT